It is the "right time" to come and better through the "sea route".

Mumbai: Prime Minister NarendraModi waves during the inaugural ceremony of Maritime India Summit 2016 in Mumbai on Thursday. PTI Photo Following its agenda of emphasizing on port-led development, the Centre plans to mobilize an investment of Rs 1 lakh crore in the port sector to more than double port capacity to 3,000 million tons by 2025.

Speaking at the inauguration of the first Maritime India Summit in Mumbai on Thursday, Prime Minister NarendraModi said over the last two years major ports have awarded 56 new projects with an investment of more than Rs 250 billion. This itself, he said, will help create an additional capacity of 317 million tons per annum

“Five new ports are planned to meet the increasing demand of the Exim trade, which will rise in proportion with the fast-growing Indian economy. New ports are also being developed by several coastal states of India,” Modi said. He added that coal transportation is likely to rise fourfold by 2025 with the multiple measures to promote coastal shipping coupled with the anticipated rise in the domestic production of coal.

The Prime Minister said the shipping ministry is showcasing about 250 projects with investment opportunity in the maritime sector, including infrastructure development opportunities in 12 major ports, projects in eight maritime states, and other agencies. More than a hundred of these projects have also been identified under the government’s ambitious Sagarmala Project, which seeks to develop a string of ports along India 7,500-kilometres coastline.

The Union government also a released a national perspective plan for the Sagarmala Project at the summit, setting sight on boosting India’s merchandise exports $110 billion by 2025, and creating 40 lakh direct jobs and indirect employment for 60 lakh people.

While speaking at the maritime summit’s inauguration, Modi also sought to link the BJP’s aggressive development agenda and push for industrial investments with BR Ambedkar’s teachings. “DrAmbedkar had emphasized the importance of a new waterways policy in order to lay the foundation for a regime of prosperity for the millions of poor of our country. I am happy to state that we have embarked on the development of the national waterways in keeping with Babasaheb’s vision and foresight,” he said.

Government of India plans to modernize these ports and has approved a project called Sagarmala.[2] The ports and shipping industry in India plays a vital role in sustaining growth in the country’s trade and commerce. The Indian Government has allowed Foreign Direct Investment (FDI) of up to 100 per cent under the automatic route for port and harbor construction and maintenance projects. The government has also initiated National Maritime Development Programme (NMDP), an initiative to develop the maritime sector with a planned outlay of US$ 11.8 billion.

Indian government has a federal structure, and according to its constitution, maritime transport is to be administered by both the Central and the State governments. While the central government's shipping ministry administers the major ports, the minor and intermediate ports are administered by the relevant departments or ministries in the nine coastal states Andhra Pradesh, Odisha, West Bengal, Tamil Nadu, Kerala, Karnataka, Goa, Maharashtra and Gujarat. Several of these 187 minor and intermediate ports have been identified by the respective governments to be developed, in a phased manner, a good proportion of them involving public–private partnership.

Major ports handled over 74% of all cargo traffic in 2007. All major ports, except one Ennore Port are government administered, but private sector participation in ports has increased. There are also 7 shipyards under the control of the central government of India, 2 shipyards controlled by state governments, and 19 privately owned shipyards.

As of 2000, there were 102 shipping companies operating in India, of which five were privately owned and based in India and one was owned by Shipping Corporation of India. There were 639 government-owned ships, including 91 oil tankers, 79 dry cargo bulk carriers, and 10 cellular container vessels. Indian-flagged vessels carried about 15 percent of overseas cargo at Indian ports for financial year 2003. 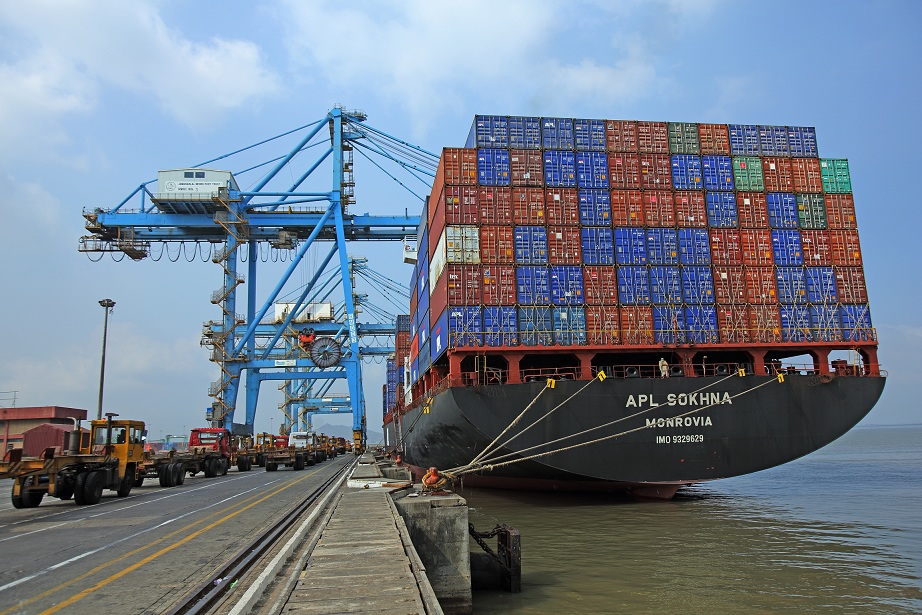 Paradip Port Located at confluence of river Mahanadi in Bay of Bengal in Odisha. It was the first major port on East Coast commissioned in independent India.

Cochin Port Located on the Willington island on the South-West coast of India; located on the cross roads of the East-West Ocean trade The port is called natural gateway to the vast industrial and agricultural produce markets of the South-West India.

Jawaharlal Nehru Port It is also known as NhavaSheva and is the largest container port in India, handling around half of containers of all major ports. It is located on eastern shore of Mumbai harbor off Elephanta Island and is accessed via Thane creek.

Mumbai Port One of the oldest modern ports of India. Initially the location was used by navies of Shivaji. 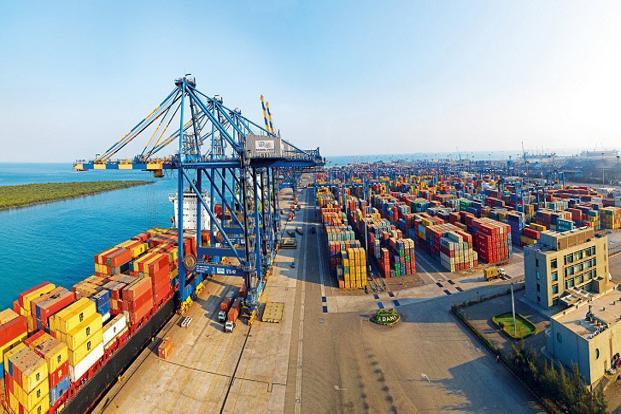 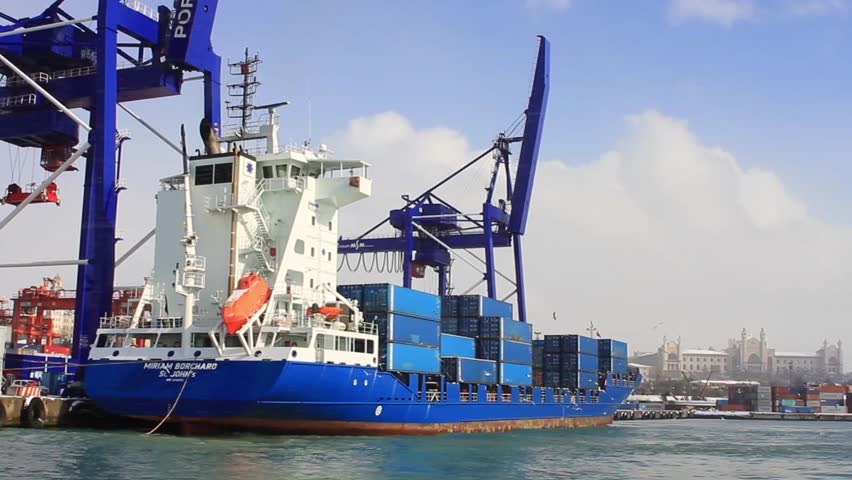 Kandla Port Kandla port was built after partition as the Karachi port on western coast had gone to Pakistan. It is known for handling much of the crude oil imports of India.

Vishakhapatnam Port Vizag port is located in Andhra Pradesh and is known for bulk of Cargo handling on east coast.

Tuticorin Port This port has been now renamed as V.O.Chidambaranar Port. It is located in the Gulf of Mannar. Tuticorin is the only port in South India to provide a direct weekly container service to the United States.

Ennore Port This port is now named as Kamarajar Port Limited. It is first corporate port of India and is registered as a public company with 68% stake held by government.

Port Blair Port Port Blair is the 13th and youngest major port of India declared so in 2010. The port is of strategic importance to India and is closer to two international shipping lines viz. Saudi Arabia-Singapore and US-Singapore.

Differentiation between the Major Ports and Minor